Who is the legendary Chris Fallows?

For those of you that have been living under a rock since the 1990s, we’d like to introduce you to the ultimate shark guru, Chris Fallows. In addition to being one of the leading authorities on great white shark behaviour, Chris is a professional wildlife photographer and many of his breaching great white shark images have been seen worldwide in newspapers, magazines and television documentaries.

Chris began tagging sharks in 1989 and started a tag and release programme with local beach net fishermen that saw the release of over 1500 sharks and rays. Chris’ great white shark work started at Dyer Island in 1992 right at the start of great white shark diving in South Africa until 1996, so Chris is no stranger to the Dyer Island ecosystem.

Together with a colleague, Chris discovered the now famous breaching and natural predation in False Bay in 1996. As a naturalist, Chris has co-authored four scientific papers on the predatory behaviour of great whites and has contributed in various ways to many others. Chris has also published ‘Great White and The Majesty of Sharks’ which has sold in excess of 25 000 copies internationally. Chris pioneered open ocean diving with Mako and Blue sharks in South Africa in 1999 and has conducted nearly 200 of these expeditions since then (if you’re interested in how to book one of these trips, keep reading!). You may have also seen him on:

How do I get Chris Fallows on my exclusive trip?

If you and your group (40 maximum) are interested in being hosted by the world’s leading expert and white shark photographer on the world’s best shark cage diving vessel, please email us at Marine Dynamics by clicking here to reserve a space and check Chris’s availability. The Fallows exclusive additional charge is R5,000/trip – an absolute steal!  But please keep in mind that Chris can only join us when he is not out capturing incredible wildlife images, hosting the latest great white shark documentary, or jumping on dead whales while white sharks feed on it... 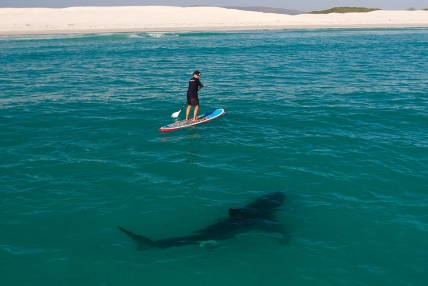 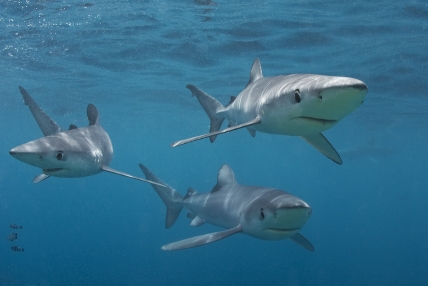 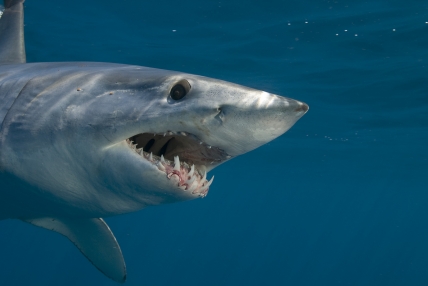 Join us to see magnificent Mako and Blue Sharks...
View the Special … »

What you need to know

BOOK ONLINE & Get a FREE VIDEO!

Why we are different … »