On the 12th of May we launched at 9am from Kleinbaai harbor and headed towards Joubertsdam with some excited shark cage divers. You never know what you may find out at sea, which is one of the reasons why I personally love going out to sea as much as possible, every day is full of surprises. The 12th of May turned out to be a day with a massive surprise. The day started off great with sharks around the boat after a mere 15 minutes. Visibility was not too bad at 1.5m and the water temperature was 13.7C. There was not a lot of swell, wind or clouds so conditions were ideal to spend the day out on the water. An hour after arriving our bait handler, Alfred, shouted that he had seen a big shark at the back of the boat.  The shark made its way around the boat before it came close to the cage. 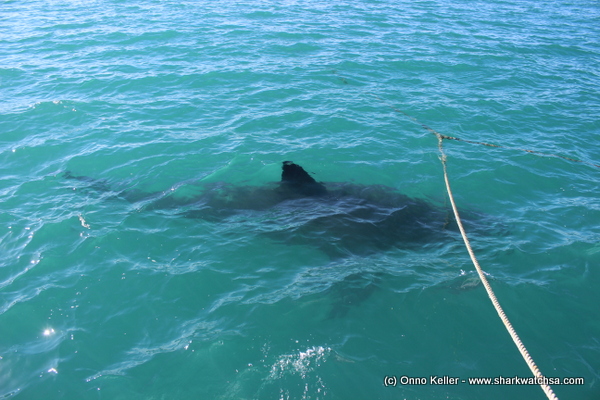 The shark looked big but we only realized how big it was when it showed up in front of the cage where we could compare the size of the shark with the cage and other sharks that were around at the time. We estimated the length of the female shark at approximately 5m but what was most impressive was not her length but her girth. Even the shark cage divers were surprised by the reaction of the crew and they realized this was a very special sighting. 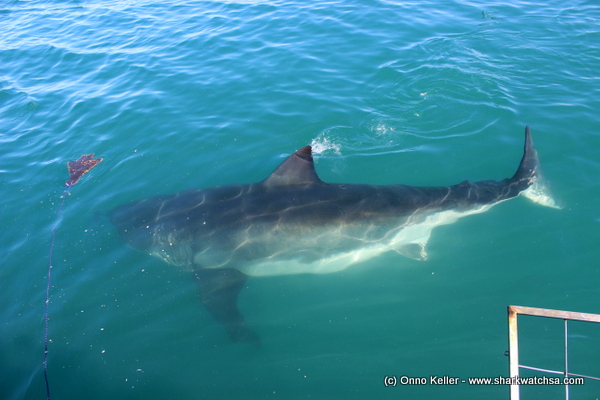 Doesn’t the dorsal fin look small compared to the size of her body? 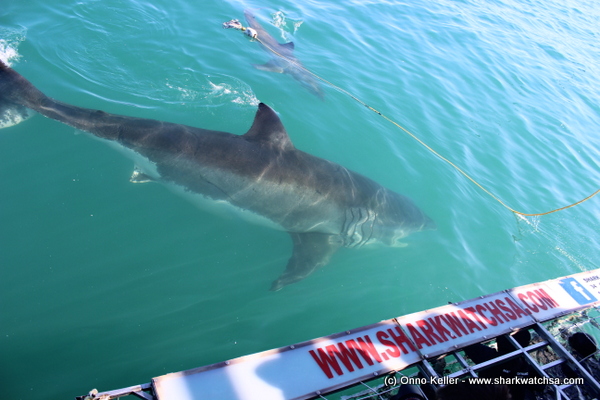 She made other sharks look small, even if they were 3m in length. 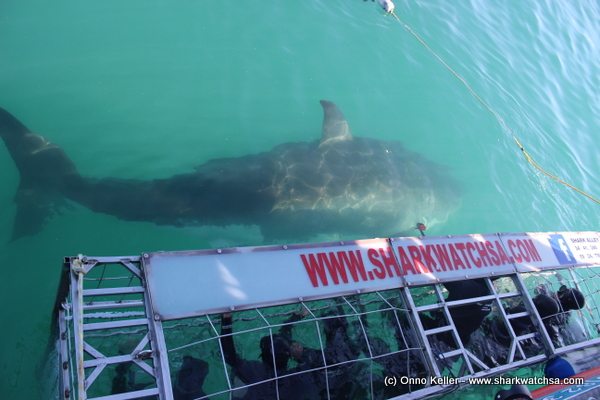 She even got up close and personal with our divers. The cage is 4.5m in length, but she was obviously bigger than the cage.

The 5m female we saw that day had a few distinctive markings. The top part of the caudal fin was damaged, perhaps an injury sustained by a bite from another shark? 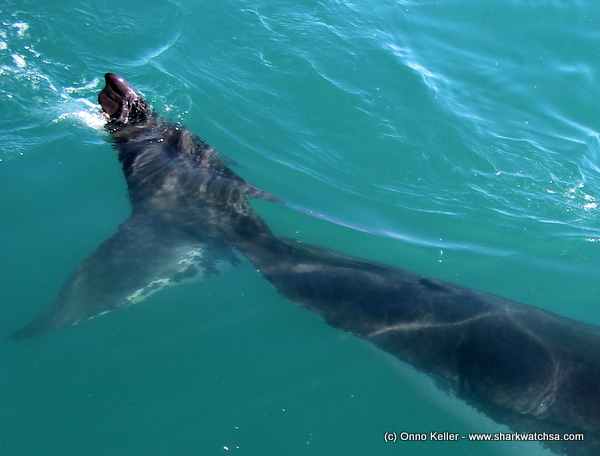 We found another bite mark from a shark just behind her dorsal fin. 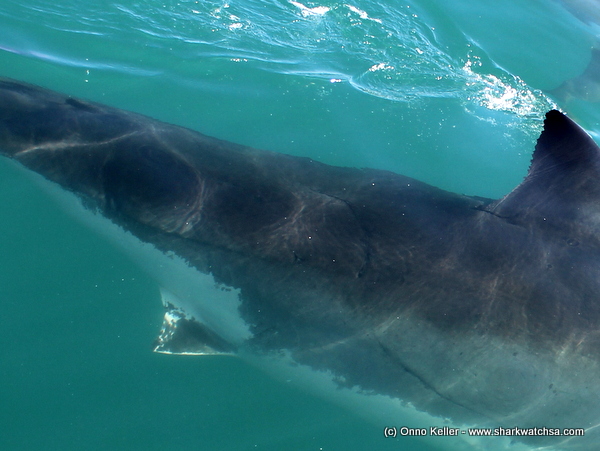 We often see bite marks from other sharks on large females. No one has witnessed Great White sharks mate before but we think the males might bite the females during the process.

Sightings like these are rare but they make us realize once again what an amazing animal the Great White shark is.  Some of the shark cage divers that joined us that day asked us if the female was pregnant but there is no way we can tell from the boat. There is no literature available on this matter but judging from her size she could be a mature Great White shark. 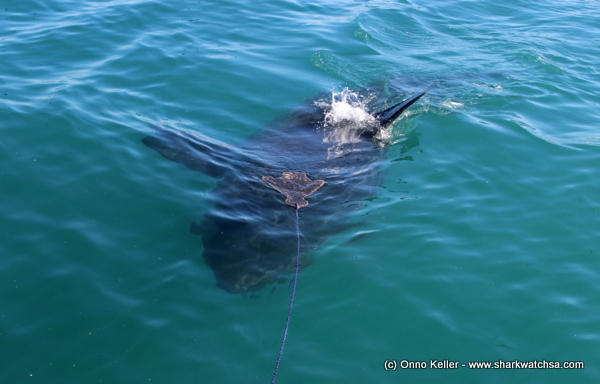 If you are looking to get up close and personal with the great white shark then Great White Shark Cage Diving in Gansbaai, and more specifically with Marine Dynamics, is a once-in-a-lifetime experience you won’t want to miss. Book and pay online with us and get a free video of your encounter with the world’s apex predator.