1) They are picky eaters

South Africa is an area of high whale abundance, and when a whale dies, the white sharks come rushing in!  Recent research highlighted that “sharks generally exhibited an initial preference for feeding on the whale caudal peduncle and fluke, before moving to feed along the rest of the body” (Fallow et al. 2013).  Sharks will feed for hours on a dead whale carcase to the point where they “would simply bounce off the carcass and slowly sink underwater.”  Talk about gluttony!!

2) They are warm-blooded (kind of) 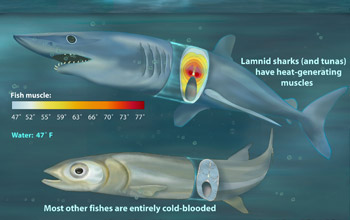 White sharks are "lamnid sharks" which have a unique system called a 'counter current heat exchange,'keeping their body warmer than the outside conditions by +/- 10-15 C°. So if a white shark is in 9 C° water, its body temperature will be +/- 19-24 C° and so on.  The generator of all this heat comes from the long muscles running down the length of their bodies, which charge a core of 'white muscle' ready for quick bursts of energy even in cold environments, which is why they are the apex predator of our temperate seas. Researchers call this, “heterothermy”.

3) They can heal themselves

Many white sharks have been shown to heal themselves for minor wounds, but there has never been such a severe case as ‘Prop’ – a Gansbaai shark that was nearly split in half by a boat propeller.  In 9 months, this shark’s wounds were entirely healed (see the video above)!

White sharks have never been filmed mating, but we have a good indication that there are no roses and poetry involved!  We have seen several female white sharks with bite wounds along the gill areas (above!) – a tell-tale sign of shark mating!  Check out this video of Lemon sharks mating.

5) They don’t have passports

Gansbaai white sharks have been documented in Mozambique, near Marion Island, Madagascar, even western Australia! Currently, a white shark tagged in False Bay has made her way to the Chagos archepelego south of India – where do you think she’s headed?

6) Where they give birth 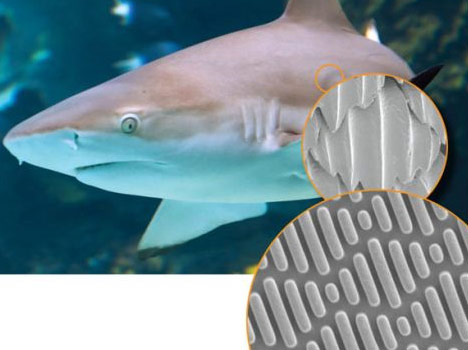 Problem: Hospital acquired infections kill 99,000 people/year.  Solution: Shark skin?  Fine, this isn't white shark specific, but it turns out that shark skin’s unique design makes it almost impossible for living organisms to attach and grow on its surface (which is why you never see a shark covered in algae – for example!).  Biomimicry engineers have developed shark skin surfaces to implement in hospitals, cutting bacteria growth by over 80%!

8) They have blue eyes 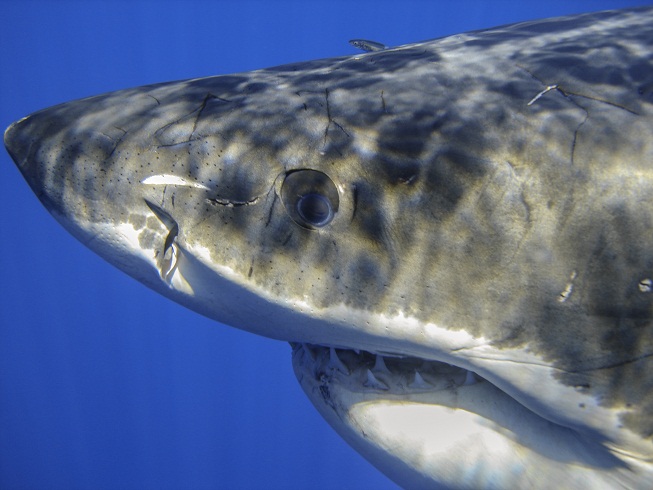 No “black dead eyes of a killer” here!  They actually have beautiful baby blues. 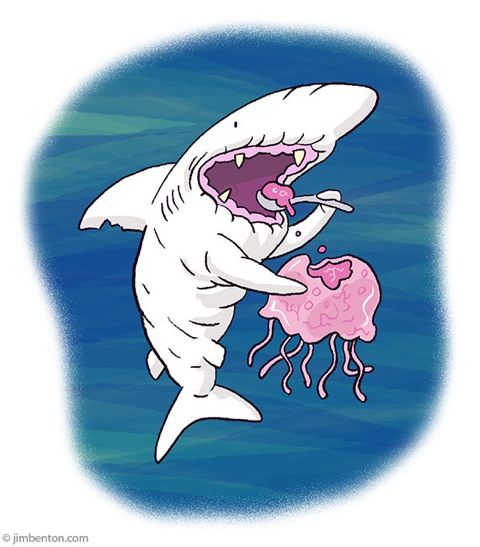 White shark stomach contents off of KZN found cephalopod beaks in 24 white sharks.  Of the 24, small <2.5m white sharks had “coastal and benthic species typical of the continental shelf, such as octopods and sepiids, and coastal pelagic prey, such as loliginid squids”, while large >2.5m sharks had “mesopelagic and oceanic prey with few coastal taxa. 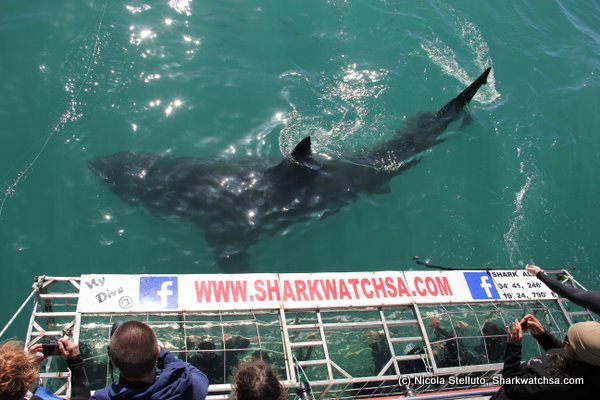 Find out how you can Make A Difference this Christmas. Click here #‎MADChristmas‬

It was not the sunniest day out at sea! But we had amazing Bronze whaler shark activity trough out the hole trip!

A little bit of patience went a long way today with some slower activity experienced in the bay, however, we were rewarded with some fantastic views of...